By TARA PARKER-POPE NYTimes.com
Keeping your pet collared and tagged can be critical, a new study shows.

Is your dog or cat wearing a collar and tags?

Research shows that 80 percent of pet owners believe it’s important that dogs and cats wear personal identification tags, but only one in three pet owners say their pets always wear them. The importance of pet tags was highlighted last week with news of Willow, the calico cat who turned up in Manhattan five years after she went missing from her Colorado home. She had been embedded with a microchip as a kitten, which carried information about her owners 1,800 miles away.

While the story had a happy ending, veterinarians say it’s also a cautionary tale about the importance of pet collars and tags.

“Willow’s story points out why microchipping is a good thing, but shouldn’t be the only thing you do,” said Dr. Emily Weiss, vice president of shelter research and development for the American Society for the Prevention of Cruelty to Animals. “Willow was lost for five years. If she had been wearing a simple collar and ID tag, she might have gotten home the same day.”

To study whether the use of pet tags can be increased, Dr. Weiss and A.S.P.C.A. researchers in Oklahoma City conducted a study in which veterinarians and adoption centers placed collars and ID tags directly on cats and dogs. The group tracked 109 owners of dogs and cats who had been fitted with collars and tags during clinic visits or the adoption process.

Owners who had removed tags said they did so because the animal was an indoor pet or because the animal indicated some discomfort with the collar. A few others reported losing the tags, and one said tags were unnecessary because the family “lived in the country.” During the study period, 18 pets were reported lost, and 17 of them, including 13 dogs and 4 cats, were found and returned home. Of those, nine dogs and one cat had been returned home because someone used the information on the pet tag to reunite the animal with its owner.

Part of the problem is that people who keep their pets primarily indoors often think they don’t need to worry about identification. But indoor pets can get out. In the case of Willow, a worker at the house accidentally let the cat out.

Another problem is that cat owners worry that collars pose a risk. The fear is that a climbing or adventurous cat may snag the collar on a branch and choke. Dr. Weiss said that the idea that collars pose a risk to cats is a myth, and that the danger of a cat being lost because it doesn’t have a collar is far greater than it being harmed by the collar itself. A.S.P.C.A. research shows that simple buckle collars work better on cats than the stretchable breakaway collars that many owners choose.

She said part of the reason cats seem to show discomfort when fitted with a collar is that they aren’t used to it, and owners should start putting collars on kittens. Even so, she said, most cats do adjust to collars quickly.

“One of the reasons cats have a hard time with collars is that we don’t put them on,” said Dr. Weiss. “We start dogs off young, but cats never have the opportunity to get used to them, so when they finally do wear them, they fuss.”

Dr. Weiss said cat owners often give up on collars too quickly. “The majority of people who did not successfully keep a collar on their cat, it looks like they take it off in about a day,” she said. “The cat doesn’t take it off. The owner removes it themselves.”

Dr. Weiss said the results of the collar intervention study show that most pet owners will keep ID tags and collars on their animals, but that the rate of tagging can be increased if vets and shelters make it more convenient.

“Having a microchip is a great safety measure for emergencies or if the pet loses a tag or collar,’’ she said. “But an ID tag is the simplest, easiest way to assure your pet is going to get home.’’ 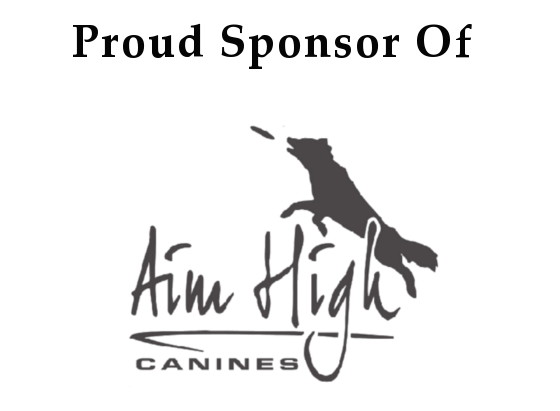 We have a new puppy for this tag, but our older dog has one and is constantly in The Pacific Ocean and I am so grateful that they are so well made.

Here’s Zoe, sporting her new Silver Paw I.D. tag. Beautiful, heavyweight, wonderfully engraved. Zoe’s only 2 years old but has gone thru 6 tags because she’s so ruff-‘n-tumble… an unreadable tag is a useless tag — especially on a Siberian Husky… a breed known to run and run and run were she ever to breach the fence! I feel much more secure with the Silver Paw tag since it’s quite apparent that it’s not going to wear off in a matter of months like the others I’ve tried. Thank you so much for a wonderful product!

I received my pet tag today, what fast service and I love it! It looks handsome on my newly adopted dog 🙂 I will surely pass on the word to all of my pet loving friends. Thanks again!

Thank you so much! I’m so happy with Findlay’s new paw tag; it looks fantastic, and the quality is just great! I will definitely buy from you again when the time comes.

Just wanted to comment. My husband and I purchased two of your tags for our dogs when we visited Maine to attend the lobster festival. Our two dogs, Otis and Lucy both passed away within the last 6 months. I took the tags to a jeweler and had a sterling silver bracelet made using the tags. We are starting a new family with two new puppies.